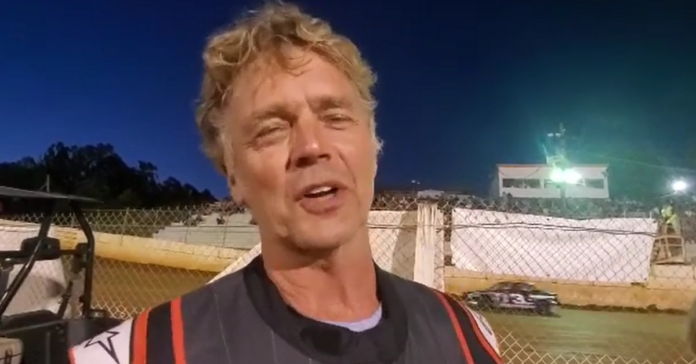 Dukes of Hazzard star John Schneider sat for an interview with Fox News where he mocked cancel culture after they failed to take him down and defended the national anthem.

Fox News: In 2020, “Dukes of Hazzard” was faced with controversy. Did it surprise you that the current generation wanted to erase the flag from the series after all this time?

Schneider: It was the older, uneducated generation that wanted to remove it from the series, from the airwaves. There’s a group of people that seem to base their values on removing what they’re against. I’ve always placed people’s values on what they are for. It had been attacked maybe 20 years ago. And then that attack went away. I guess the critics found another hobby. So no, it didn’t surprise me. But I tell you, my wife and I dirt track race. We are out among people from coast to coast all year round.

And there are still children playing with General Lees in the dirt regardless of cancel culture trying to cancel it. And I think it’s because parents save their General Lees and pass them down to another generation.

It’s funny. “The Dukes of Hazzard” is still out of date and as relevant as it ever was. You should see how kids react when they realize I’m Bo Duke. It depends where you are, but from where I stand, none of the cancel culture antics is going to diminish what the show has represented to families who grew up on it. It brought families together.

It was never about division. For years, I’ve had people from all walks of life come up to me and say how the show brought their families together. Generations watched it. And they still do.

Fox News: What do you make of cancel culture?

Schneider: Someone asked me the other day, “What do you think about all this cancel culture business?” And I quoted Groucho Marx. Simply put, why would I want to belong to a country club that would have me as a member?

Cancel culture is very short-sighted and it’s very much against everything I believe in concerning freedom of speech and freedom of expression. I’m looking forward to the day when the wind finally comes out of the sails of all that nonsense.

Fox News: It sounds like you would want cancel culture to be canceled.

Schneider: Absolutely. My grandparents used to say, “Give them enough rope and they will hang themselves.” And you know, I saw something on Facebook that was just astonishing. Someone had put a Bible verse with praying hands like the picture your grandparents used to have in their homes.

And over this picture, it said, “Some may find these words and this picture offensive.” But you have to click on it to see the picture. It was praying hands and it mentioned “God.” There’s just no way in the world that a free society is going to allow that to continue any longer. It has gotten way out of hand.

So yes, I look forward to that day. But until then, we do our own thing. Every day, we tell the stories we want to tell. And we distribute them the way we want to distribute them. We don’t belong in that country club.

We have removed our shovels and our buckets from their sandbox to build our own sandbox. And we play there every day, all day.

Fox News: You previously spoke out about the importance of the National Anthem and how its meaning still impacts us today. What makes you proud to be an American?

Schneider: The ability or opportunity to pursue your definition of happiness. Life, liberty and the pursuit of happiness – they are at the foundation of our country. That’s why people from all over the world are trying to come to this country.

The last lyrics of “The Star-Spangled Banner” are “And the star-spangled banner in triumph shall wave, over the land of the free and the home of the brave.” I tell people that is up to us. It’s not going to happen on its own.

I believe freedom is something that is maintained and achieved. Our national anthem reminds us of that. Our flag must wave over the land of the free and home of the brave. It’s up to each one of us to make sure that remains.

The world is depending upon that. We are what people look up to as a free society. We are a country of opportunity, love, life, liberty and the pursuit of happiness. That’s what’s so great about America. It gives the world something to strive for.

Fox News: Why did you want to make a film like “Poker Run” now?

Schneider: Well, last year, we did a film called “Stand On It,” which was a tribute to “Smokey and the Bandit.” It did incredibly well. So I’ve been trying to create a new franchise that would make people want to get in their cars and go a little faster – safely, of course.

And it felt like “Stand On It” did exactly that. When the success of that film happened, I immediately got on my laptop and began brainstorming. And I can honestly say this one is better.

Fox News: The comments for the trailer have been very positive. One commenter even compared it as a combo of “Smokey and the Bandit” and “Dukes of Hazzard.”

Schneider: I think that’s great. I’m very encouraged by that. And the real proof for me is that people who’ve watched the movie have said they all made a dash to their cars to hit the dirt roads.

I’ve seen “Smokey and the Bandit” at least 50 times now. And when I first left the theater, I did exactly that. And I know that’s what people do when they watch “Dukes of Hazzard.” They just love that notion of driving down a dirt road and causing a little dust to happen behind your car.

I’m not talking about reckless driving. But there’s no other feeling like it. I feel like that whole kind of filmmaking has been ignored or forgotten, which doesn’t make sense because it was popular. And it made Burt Reynolds king of the world… I know I love being the guy behind the wheel of a fast car.