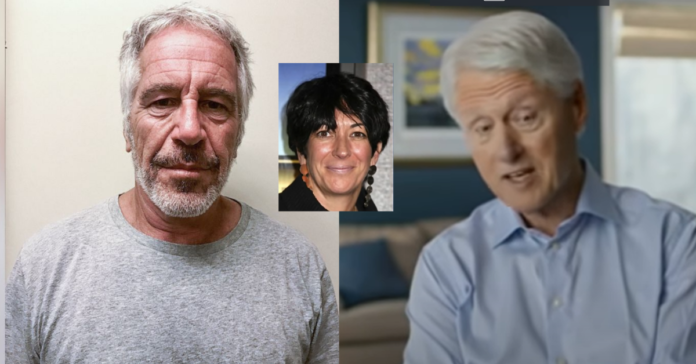 Eight powerful men will have a hard time getting any sleep tonight after a stunning reversal in the Jeffrey Epstein, Ghislaine Maxwell scandal. Maxwell changed her tune in court as she awaits sentencing and will no longer fight to protect the identity of eight johns who had sex with young woman offered by Epstein and Maxwell.

The tapes from Epstein’s house of very important men having sex with Epstein’s young girls, tapes that were labeled VIP with the name of the guy mysteriously disappeared. How could tapes of these powerful, connected men having sex with young women, tapes that would ruin some powerful people and be the scandal of a generation, just disappear? Ann Coulter smells a rat and has written some good pieces on the topic

But now we may have another way to find out who Epstein had dirt on via those tapes. Maxwell has been fighting to keep the names of eight “Johns” private but in an abrupt change of heart, she will no longer do so.

A lawyer for Maxwell said in a letter to federal Judge Loretta Preska that Maxwell would no longer object to the identities of the “John Does” in a 2015 civil lawsuit brought against Maxwell be unsealed.

“After careful review of the detailed objections submitted by Non-Party Does 17, 53, 54, 55, 73, 93, and 151, counsel for Ghislaine Maxwell writes to inform the Court that she does not wish to further address those objections.

“Each of the listed Does has counsel who have ably asserted their own respective privacy rights. Ms. Maxwell therefore leaves it to this Court to conduct the appropriate review consistent with the Order and Protocol for Unsealing Decided Motions.”

From The Daily Mail: According to the filings, John Doe 17 is among those wishing to keep their identity under wraps, arguing that being named in the case would cause him ‘annoyance and embarrassment.’

Another John Doe, number 151, claimed that he was ‘trying to live a private life’ and that disclosure meant they would be ‘hounded’ by the media.

Maxwell just found out when she will be sentenced and she has plenty of time to see if she can cut a deal by naming names. She would be crazy not to because she is looking at spending the rest of her life in prison.

She knows everything and coming clean and naming names may be her only chance to not die in jail. Dropping the objection in this case may very well be her first step to making such a deal.

“Now that Maxwell’s criminal trial has come and gone, there is little reason to retain protection over the vast swaths of information about Epstein and Maxwell’s sex-trafficking operation that were originally filed under seal in this case,” Sigrid McCawley, a lawyer for Ms Giuffre, told Judge Preska demanding the names be unsealed.

Maxwell, 60, was found guilty of sex trafficking of a minor, transporting a minor with the intent to engage in criminal sexual activity and three related counts of conspiracy, and faces up to 65 years in prison.

She was acquitted on the charge of enticing a minor to travel to engage in illegal sex acts.

Defense attorneys want to delay setting the sentencing schedule because they say there is “compelling basis” for the court to overturn Maxwell’s conviction and grant her a new trial.

Maxwell’s attorneys say she should be granted a new trial after a member of the jury who convicted her gave post-trial interviews saying he had been sexually abused and shared his story with fellow jurors during deliberations.

Ghislaine Maxwell no longer opposes the release of the names of eight men who might have been involved in sex trafficking by a court. Maxwell changed her stance in a filing by her lawyers to leave the decision up to the court.

Ghislaine Maxwell will no longer fight to keep names of 8 ‘John Does’ secret https://t.co/4Qe2rE4OIK pic.twitter.com/RzKqeZr0ds