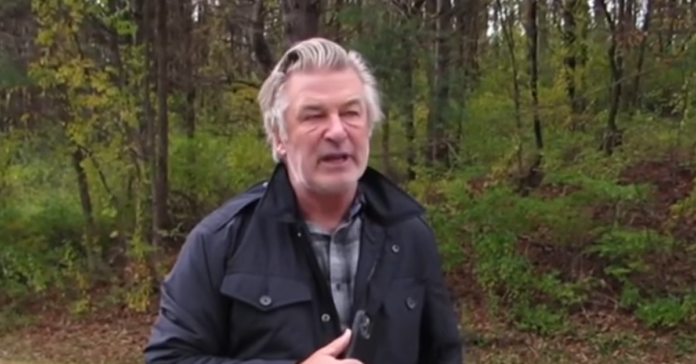 Hollywood’s fallen star Alec Baldwin caved under enormous pressure from multiple state authorities and finally handed over his cell phone to police. Baldwin had been fighting a subpoena and was very slow to hand over the goods causing many to question his motive if not his story.

Alec’s lawyer, Aaron Dyer, said: “Alec voluntarily provided his phone to the authorities this morning so they can finish their investigation. But this matter isn’t about his phone, and there are no answers on his phone.

“Alec did nothing wrong. It is clear that he was told it was a cold gun, and was following instructions when this tragic accident occurred. The real question that needs to be answered is how live rounds got on the set in the first place.

The Santa Fe County Sheriff’s Office confirmed Friday that Alec Baldwin’s cellphone had been turned over to authorities in New York. They do not have possession yet.

“The Santa Fe County Sheriff’s Office does not yet have physical possession of the data. This is in process. They (New York DA) will conduct the extraction of the data, and then hand the phone over to us.

“There will be some exempt information that’s not considered pertinent to the investigation, such as attorney-client privilege material, communications between Mr. Baldwin and his attorney as well as spousal privileged information.”

A spokeswoman for the District Attorney’s Office said:

“The jurisdictional concern was that the phone was not in New Mexico and we needed to work with New York officials to execute the warrant.

Police in New Mexico got a warrant for the cellphone on Dec. 16 and the case’s lead detective quickly notified Baldwin’s attorney, police said.

But Baldwin failed to turn it over for weeks, forcing Santa Fe authorities to team up with the Suffolk County Sheriff’s Office on Long Island last week to get it.

On Jan. 8, the actor posted an Instagram video claiming he simply wanted his private communications protected.

“Any suggestion that I am not complying with requests or orders, or search warrants about my phone, that’s bulls—. That’s a lie,” Baldwin said in the video.

On Jan. 8, the actor posted an Instagram video claiming he simply wanted his private communications protected.

In a bizarre rant Alec Baldwin just compared his shooting of his cinematographer to Jan 6 and seemed to blame both on ‘right wing hate’ pic.twitter.com/BHrIdxugHy