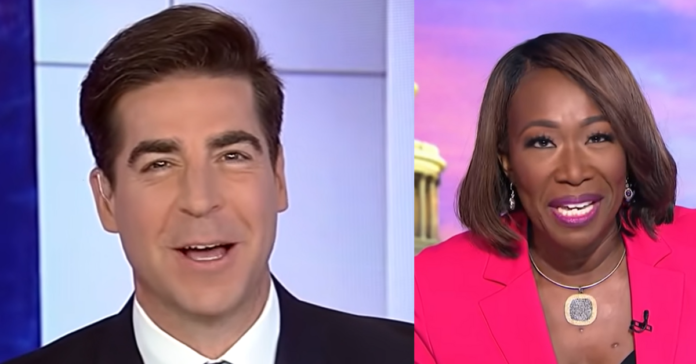 Jesse Watters’ new show is a runaway hit out of the gate. His new show ‘Jesse Watters Primetime’ crushed the competition in its debut getting  3.8 million total viewers. This marks the network’s best ratings in that time slot in more than a year.

Watters’s new show received double the viewership for the timeslot compared to the same day in 2021. It also got more viewers than every “Fox News Primetime” broadcast since the show launched last year with a rotating crew of co-hosts.

It gets better for Watters. His show got more viewers, 537,000, in the age demographic the advertisers care most about, 25 to 54, than Fox News has gotten at 7 p.m. slot in over a year.

What @JesseBWatters just did to @Acosta is illegal in 12 states https://t.co/xaTq9aHEvZ

“The Five,” which Watters also co-hosts, was the top-rated cable program on Monday, pulling in 3.9 million total average viewers, of whom 588,000 were in the demo.

Additionally, FNC’s “The Five” at 5 PM/ET remained the top-rated live program in all of cable, with 3.9 million total viewers and 588,000 in the demo.

“Watters initially began guest hosting the vacant 7 p.m. hour as part of a rotation of Fox News personalities who took the reins of the coveted time slot when the network shook up its programming slate early last year.

He said it never felt like a tryout and first took an interest in the role simply to promote his best-selling book, “How I Saved the World,” and served as guest host leading up to its July 6 launch.

Watters was asked to guest host again, weeks later, when America was focused on the botched pullout of American troops from Afghanistan and that was when he took a long-term interest in the gig.

“The footage coming in was just harrowing and emotional, so that was pretty powerful,” he said. “It was a new experience and it clicked.”

Watters was named the permanent host earlier this month, and he will continue co-hosting “The Five,” in addition to his new show, but has given up the “Watters World” weekend gig. “The Five” averaged a staggering 3.3 million viewers during the fourth quarter of 2021 to become the first non-primetime program in cable news history to finish an entire quarter as the most-watched show.