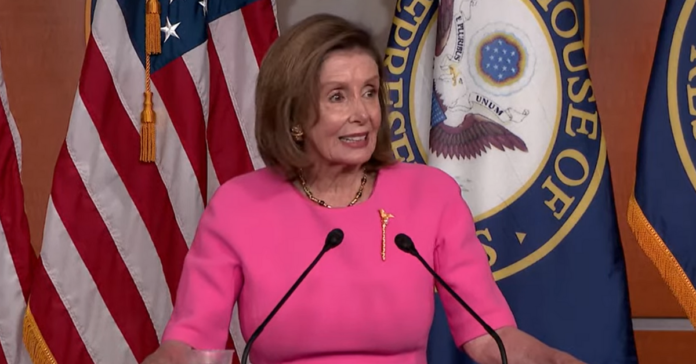 Nancy Pelosi lost another longtime Dem Rep to the reality that life in the minority is not worth it for Dems who have been around DC for a long time. Pelosi has a razor-thin majority in the House and losing incumbents is a bad sign for the future.

Redistricting has not turned out to be as bad for the Dems as initially thought but it won’t save them from what is coming. The American people tend to prefer divided government because we don’t trust either side 100%.

So when one side gets all the power in DC, the next election swings power to the other side. It is a self-correcting mechanism that will make Biden actually negotiate with the GOP if he wants to get anything done in his last two years.

Pelosi has already lost 23 incumbents to retirement or other reasons and now she can count one more in another sign she will be out of a job after the midterms. Senior Reps don’t retire if they think they will stay in power and get all the perks that come with it.

Part is that history is that Rush beat State Senator @BarackObama by 30 points in a congressional primary in the 2000. Obama wondered if his career was over. Eight years later, he was elected President of the United States. https://t.co/jBhOflOvz7

Rep. Bobby Rush, D-Ill. the former Black Panther and ex-Chicago alderman said he will not seek another term. He has been in the House for 15 terms.

“I don’t want my grandchildren to know me from a television news clip or something they read in a newspaper,” Rush said.

Rush dealt Barack Obama his only election defeat in March 2000.

From The Chicago Sun-Times:

Rush has transformed himself through the years. An ordained minister, Rush is the pastor of the Beloved Community Christian Church of God in Christ, earning a master’s degree in theology in 1998 from the McCormick Theological Seminary.

The new congressional map continues to anchor the 1st District on the South Side as it sweeps in suburban, rural and small-town turf as far south as Bourbonnais and west to Wilmington.

Though Rush is the 24th Democrat in the House to announce a retirement, his departure will not play a role in whether Democrats retain at least the three- or four-seat margin they have to control the House.

Rush’s district is so heavily Democratic, the June primary winner is all but certain to clinch the seat in November.

Rush’s retirement opens the seat for the first time in 30 years, and a large field of contenders is expected, especially since candidates do not have to live in the district they want to represent.