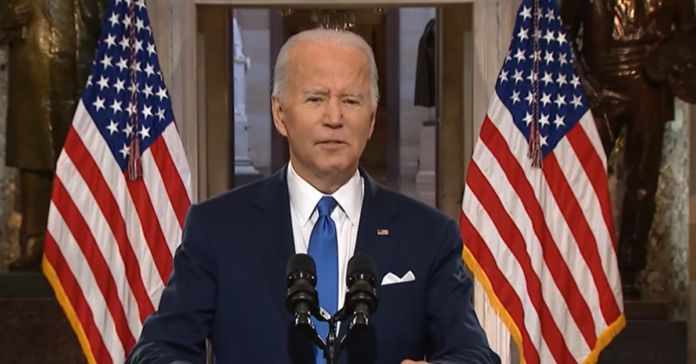 The center is funded by Mike Bloomberg. It placed lawyers in Dem AG offices to help file over 130 regulatory and legal challenges to Trump-era policies. Energy Policy Advocates and Protect the Public’s Trust are the two watchdog groups who filed the complaint.

“If Klein has duties to her former clients who are suing the government using Mike Bloomberg’s money, she can’t also serve in the government and respond to those same clients’ legal complaints or petitions,” Energy Policy Advocates board member Matthew Hardin said.

“The American people deserve to know that public servants have disclosed all the work they did in the private sector and recused from decisions that might benefit their former employers,” Energy Policy Advocates Executive Director Rob Schilling said.

“We hope the Inspector General will take a close look at these records and investigate whether Ms. Klein inappropriately failed to disclose her private employment or to recuse herself from decisions involving her former clients.”

Protect the Public’s Trust’s mission includes restoring citizens’ confidence in its government officials. To achieve that mission, PPT shines a light on conduct that weakens public trust in our institutions and the laws that govern how these institutions advance the public good.

Similarly, Energy Policy Advocates seeks to ensure that decisions relating to energy and environmental policy are reached in the sunlight so that citizens have confidence in the integrity of governmental operations. Accordingly, we ask for an immediate investigation into Ms. Klein in search of answers to the following questions:

Whether a state AG office’s decision to enter into a Common Interest Agreement with former clients of Ms. Klein’s on matters where she participated in the coordination and strategic development of that unified party litigation, made Ms. Klein a “consultant,” “agent,” “contractor,” or other analogous relationship to those parties;

Whether Ms. Klein timely disclosed to ethics officials the existence and nature of her contractual relationship with all of the state AG offices who signed a Secondment Agreement during her tenure;

Whether ethics advice was contemporaneously provided in written form regarding these additional relationships, and if so, when, in what manner, and why have these documents not been provided as responsive documents in relevant FOIA requests;

If such advice was not contemporaneously provided in written form, why was it not and was that requested by Ms. Klein?

Whether and to what extent Ms. Klein has participated in particular matters involving any of the states that signed a Secondment Agreement since joining the Department;

Whether Ms. Klein sought ethics approval prior to participation with any former client – including former clients ultimately listed on her recusal list and former clients with whom she provided strategic and communications services to under the Secondment Agreements;

Whether the temporary removal of Ms. Klein’s former clients from her recusal list in April 2020 (which were later added in June 2020) was justified and in that time period, Ms. Klein inappropriately attended any meetings with those three states.

Protect the Public’s Trust and Energy Policy Advocates appreciate your dutiful attention to this important issue, and look forward to the outcome of your investigation.