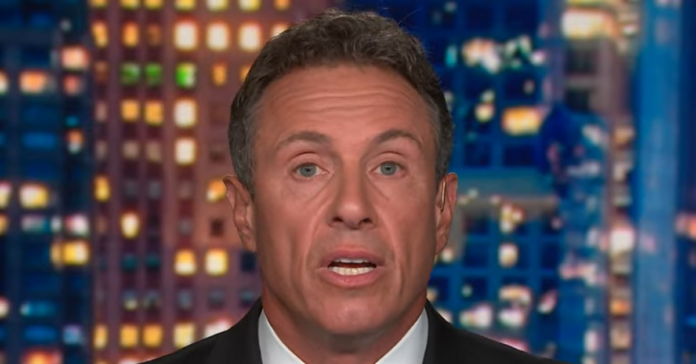 “The documents, which we were not privy to before their public release, raise serious questions. When Chris admitted to us that he had offered advice to his brother’s staff, he broke our rules and we acknowledged that publicly.

“But we also appreciated the unique position he was in and understood his need to put family first and job second. However, these documents point to a greater level of involvement in his brother’s efforts than we previously knew.

“As a result, we have suspended Chris indefinitely, pending further evaluation.”

Earlier CNN and Cuomo said the anchor played a role in responding to the harassment claims in May calling the decision “inappropriate.”

“I am family first, job second,” Cuomo said on his show that evening in May. “It was a mistake, because I put my colleagues here, who I believe are the best in the business, in a bad spot. I never intended for that, I would never intend for that, and I’m sorry for that.”

According to the documents, Cuomo said:

“I would — when asked, I would reach out to sources, other journalists, to see if they had heard of anybody else coming out.

“I was frequently in contact when we would hear word that there were other people coming out. Or there was more to be learned about somebody, I would talk to other journalists to hear what they had heard.

“I called a fellow journalist who works with Ronan a lot. And I didn’t want to contact Ronan directly. I know him.

“The concern was that Ronan always has more people. You know, I mean, that’s part of his currency as a journalist, is that people come to him to expand understandings.

“So the assumption was he must have new people if he’s waiting so long to have written about this.

“And then he didn’t. So, what the context is specifically is: I had heard that all he was writing, the only person he was writing about was Lindsey Boylan.

“It’s not exactly a loyalty-based business.

“If I had tried to influence any of the reporting at CNN or anywhere else, I guarantee you you people would know, and so would a lot of others.

“So the idea of one reporter calling another to find out about what’s coming down the pipe is completely business-as-usual,” he said.