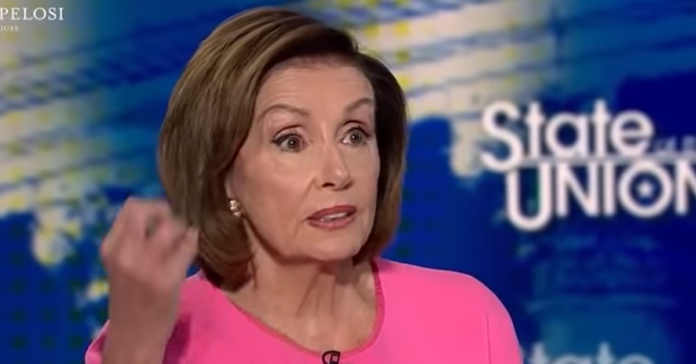 Speaker Nancy Pelosi suffered another big loss when two more Dem Reps, one a chair of a subcommittee, announced they were fleeing the sinking ship ahead of the 2022 midterms. With Biden’s disastrous performance at his first press conference of the year ruining Joe’s ‘reset’ before he finished talking, it will be a long year for the Dem Party.

With these two there are now 28 House Dems saying they don’t want any part of what is coming in 2022. Reps. Jim Langevin of Rhode Island and Jerry McNerney of California both said in separate announcements that they will not run again.

Neither gave a specific reason for not running to the slaughter but the work required to raise money against well-funded challengers with the prize one they don’t want, serving in a powerless minority, it is not hard to understand their decisions.

Langevin is 57-years-old. He is chair of the House Armed Services subcommittee handling cyber issues. He has represented western Rhode Island since 2001. Langevin said:

“Today I am announcing that I will not seek reelection in California’s newly created 9th Congressional District.

Two more House Democrats announce they won’t seek reelection in November, bringing the party’s total retirements to 28 ahead of what is expected to be a difficult midterm election year. https://t.co/KKQnoucxGS

“I have not come to this decision lightly, but it’s time — time for me to chart a new course which I hope will keep me closer to home and allow me to spend more time with family and friends.

McNerney is 70-years-old. He represents a district in California’s Central Valley that includes Stockton. He has been in Congress since 2007.

“I will keep working for the people of my district throughout the remainder of my term and look forward to new opportunities to continue to serve,” McNerney said.

“It was a moment of great pride and progress for our nation when he became the first wheelchair user to serve as Speaker Pro Tempore, presiding over the House as we celebrated twenty years of the ADA,” Pelosi wrote in a statement Langevin the first parapalegic to serve in Congress.

“This was only possible because of his inspiration and determination.”

Langevin, first elected to Congress in 2000, became the first quadriplegic to serve in the US House. In 2010, he became the first person in a wheelchair to preside over the House of Representatives on the 20th anniversary of the Americans with Disability Act.

As a 16-year-old, Langevin was left paralyzed after a gun accidentally discharged and a bullet struck him, while he was working with the Warwick Police Department as part of the Boy Scout Explorer program, according to his congressional biography.

…McNerney is a member of the Energy and Commerce Committee and the Science, Space and Technology Committee. He was the main sponsor of the Consumer Safety Technology Act, which would require agencies explore the use of AI to help with consumer safety and study the potential use of blockchain technology.