There is nobody wittier than former US Senator Orrin Hatch. The only person who might be in the same league as him is former Arkansas Governor Mike Huckabee, who has a great sense of humor.

Senator Hatch, who is enjoying his retirement, hopped back online to take a swipe at Joe Biden over his latest disaster – Russia, and Ukraine.

And speaking of that, I think Joe Biden wants to start a war, folks. He’s sure acting like it, anyway.

It’s amazing that we went four years with the “outsider” guy Trump, and had no issues, but the second they install the establishment guy we’re already looking at the possibility of WAR, with Russia, of all countries.

Nobody wants a dementia patient leading a war. Joe Biden will get us all killed.

Here’s what CNN is now reporting.

Well, Orrin has taken notice of Joe’s latest woes and he’s done his homework and dug up some very interesting past tweets written by Joe’s Handlers.

And as per his usual, he presented them hilariously.

Here’s what the witty retired Senator said: “As an expert on aging well I can tell you that these Tweets did not.”

As an expert on aging well I can tell you that these Tweets did not. pic.twitter.com/PIrYcxihFd

And here’s a close-up of the tweets he posted that DID NOT “age well.”

This first one is a real hoot.

Imagine anyone on earth being “afraid” of Joe Biden… And I guess going “toe-to-toe” means filibustering sanctions against Russia, huh?

Yeah, Vlad is shaking in his boots, Joe. 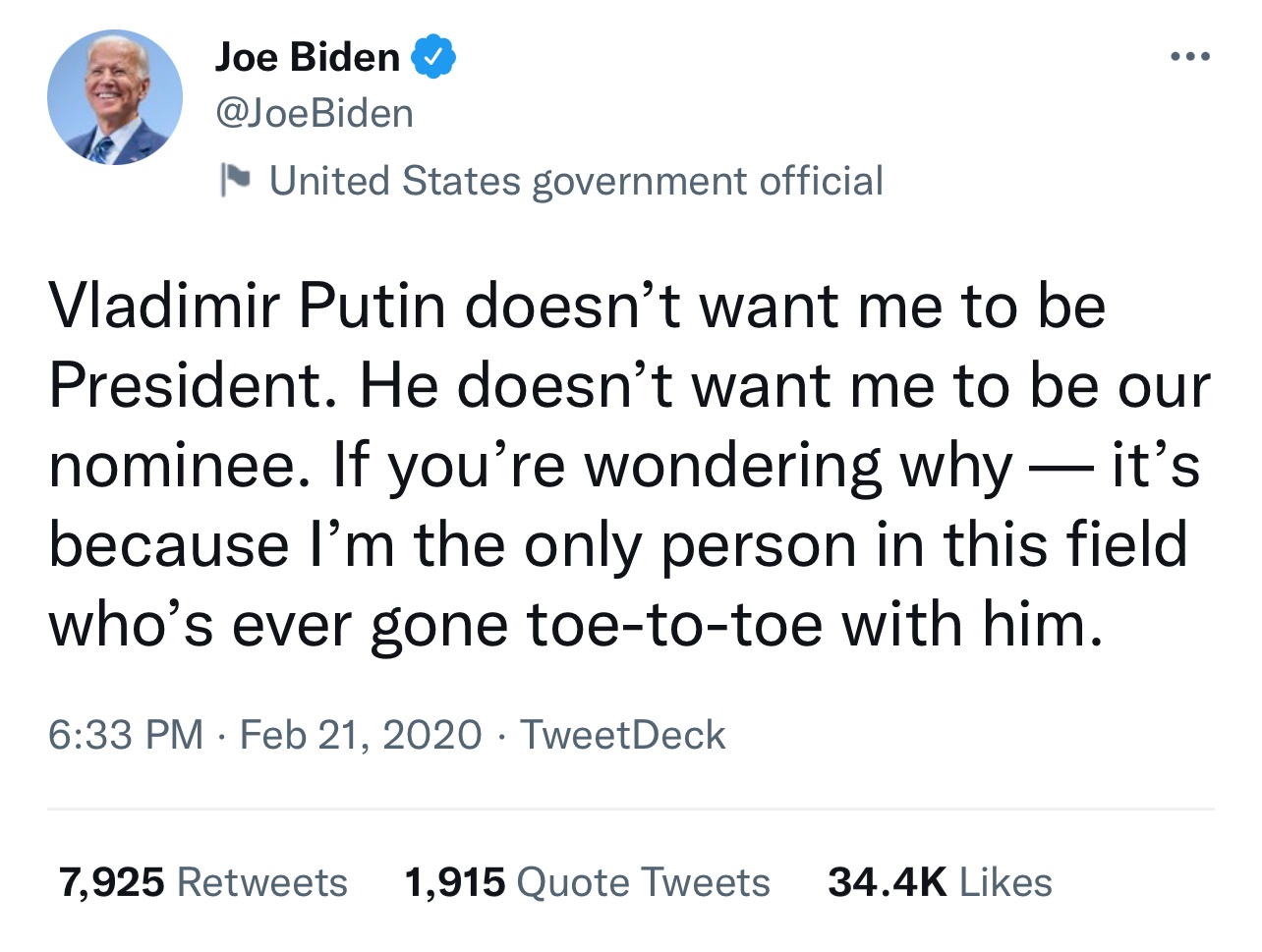 Joe will “stand up” to Putin by literally inviting him to invade Ukraine during his disastrous press conferences. 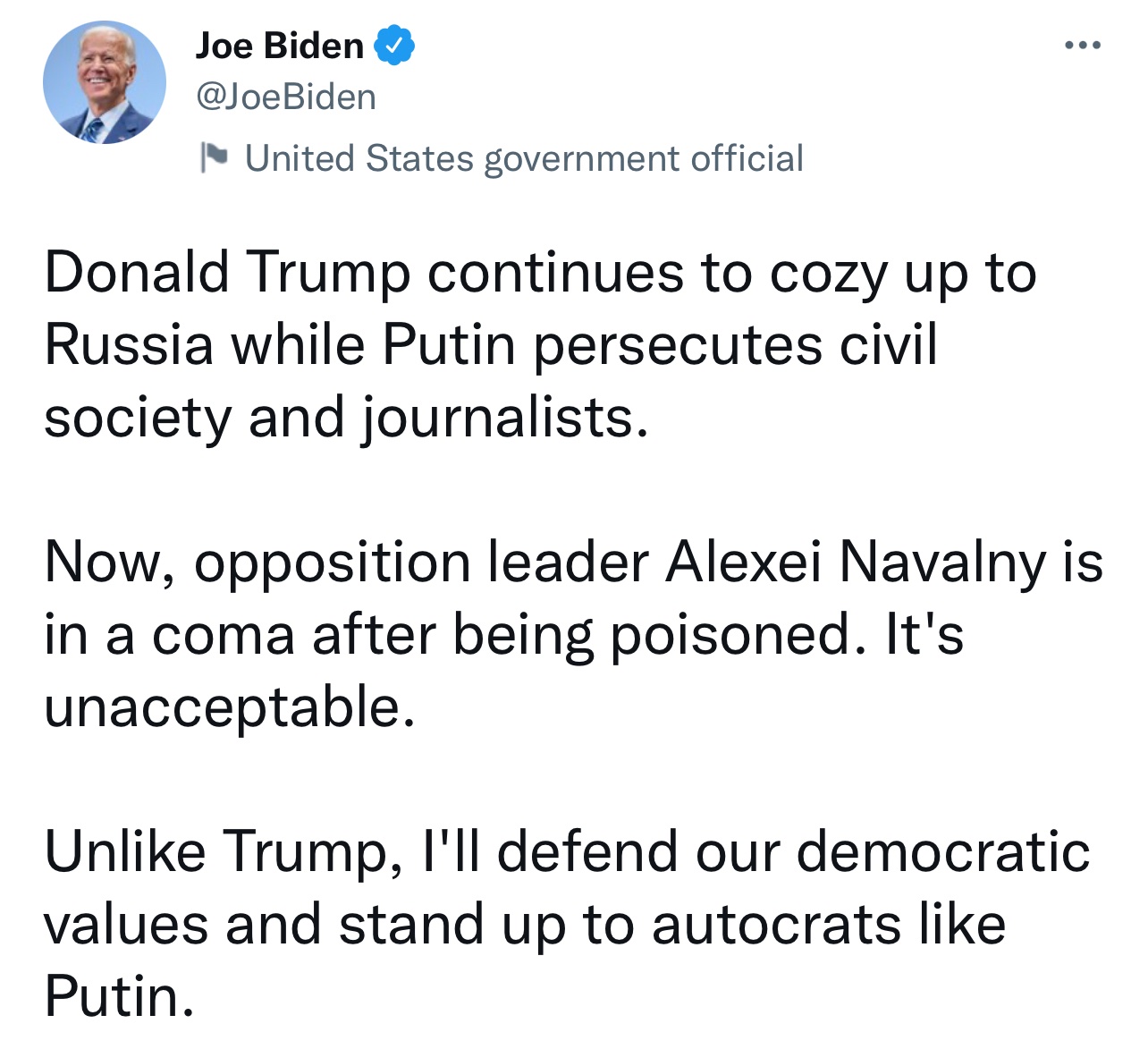 Nobody on earth has alienated allies better than Joe Biden has. What a mess this befuddled senile man is. 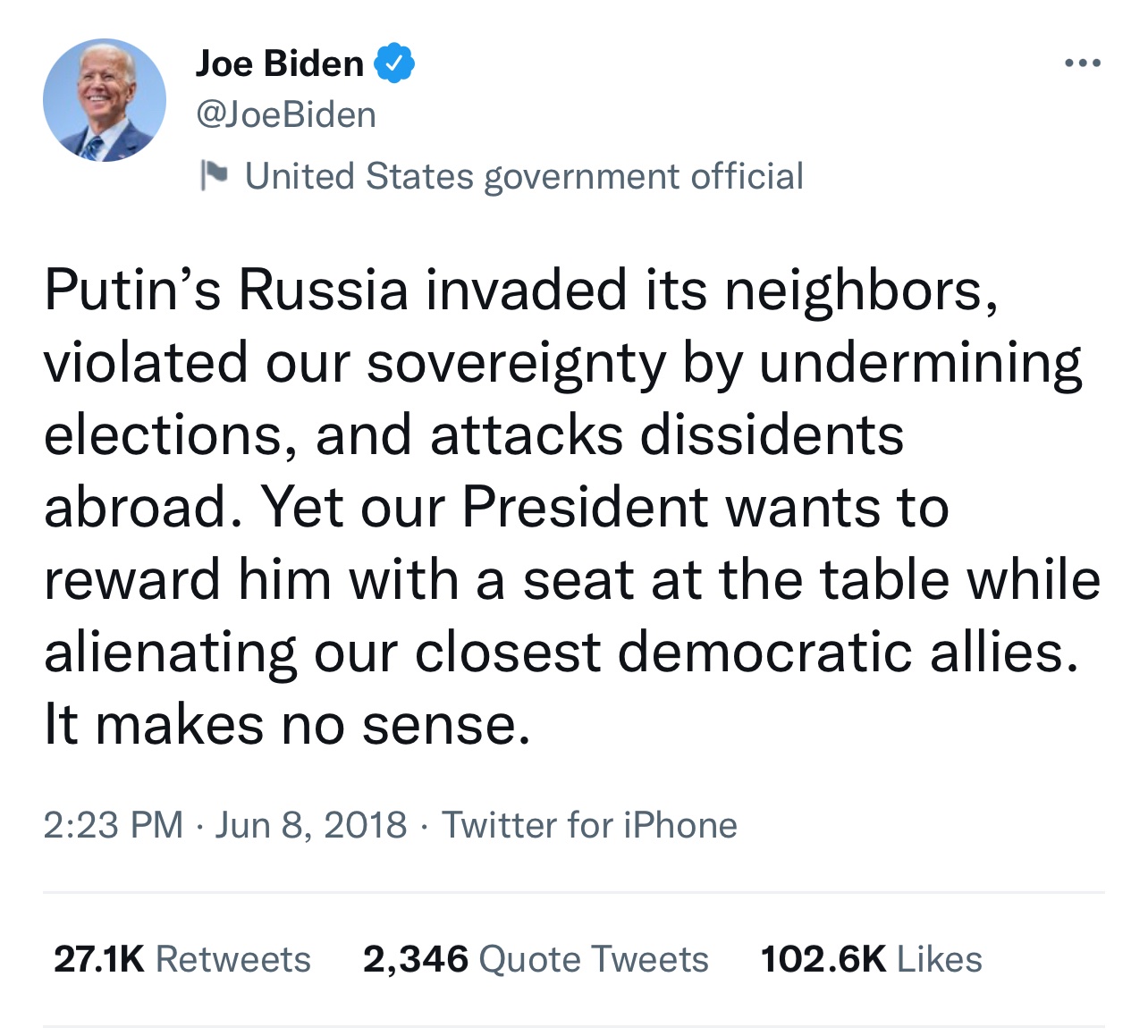 Yet, when President Trump was in office, Putin didn’t make a move to invade anyone. Why is that, Joe? 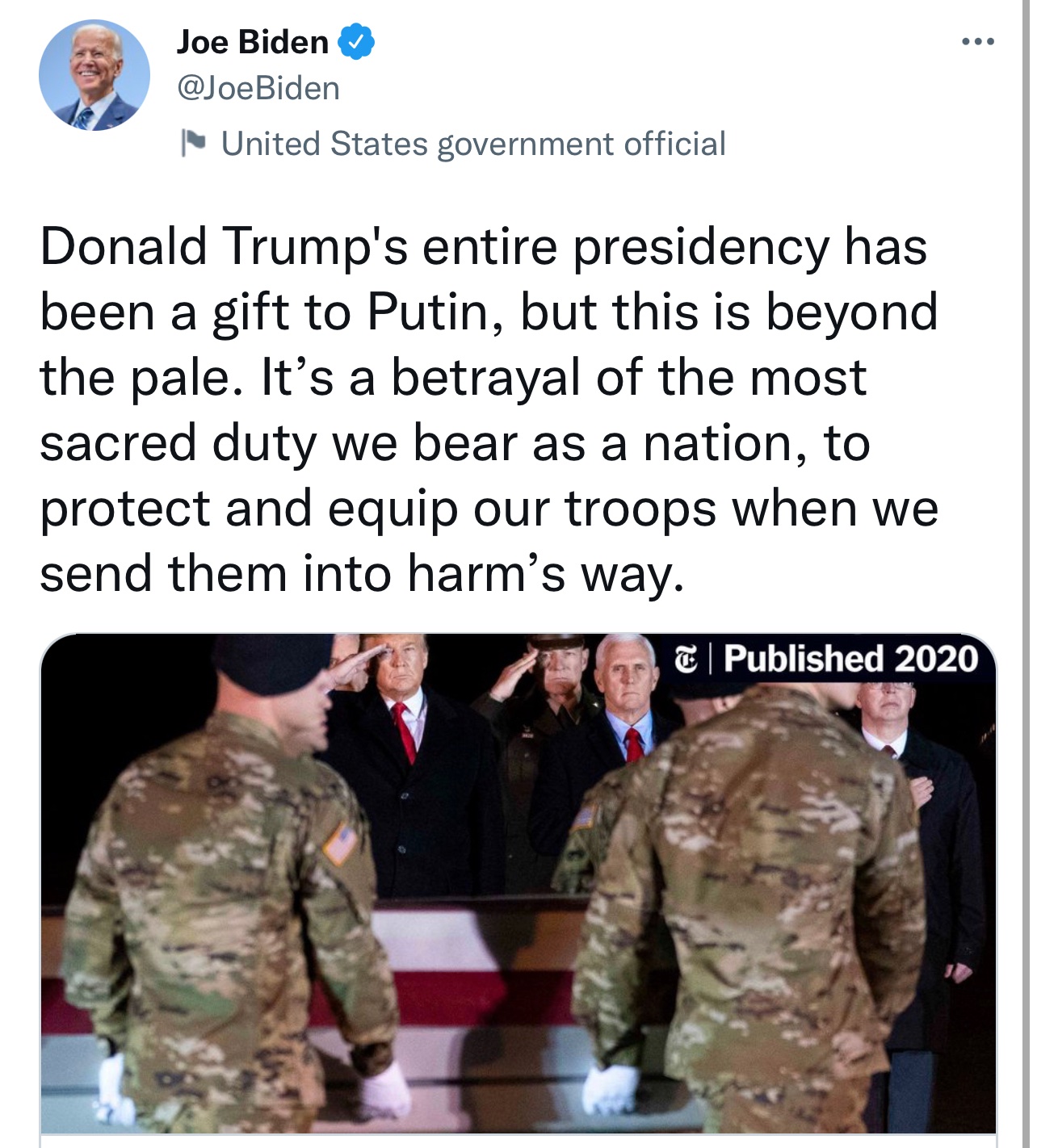 As it stands now, it looks like neolib Joe and his warmonger regime are hell-bent on getting into a war with Russia, even though we have no national security interest within the borders of Ukraine, and while our border remains wide open for anyone to cross.

And why not, right? Joe needs to distract from COVID which is killing him in the polls, and also, he’s hoping to be looked at as a powerful leader, especially by his base, who will celebrate that he’s going after the big bad scary Russians who “stole” the 2016 election. Also, he thinks he’ll be a “wartime president” and will get a bump in the polls.

That’s what he wants to happen, but if he goes through with this, I predict that’s not what will happen.